I wanted soup and a Cajun chicken sandwich. Tim Hortons was my sole option. I had fifteen minutes before my next client.

“Could I get a chicken soup and a Cajun Chicken sandwich?” I asked.

There was likely a please, but I’m retroactively withdrawing it.

“We don’t have that.” Said the cashier.

“You don’t have either or both?” I said.

I had used two of my fifteen minutes and we were stalled at the simplest part. END_OF_DOCUMENT_TOKEN_TO_BE_REPLACED

“Try and avoid the good hors d’oeuvres, those are for blood kin, and If anyone asks you’re great uncle Torkel’s weird stepkids. Nobody has met them and he’s so fucked no one will question why you are…they way you are. Oh, you will have to be brother and sister though, so don’t make out until the booze starts flowing” said May.

May wasn’t drunk, but she wasn’t sober. The tasteful black dress was a surprise, but her trademark frog socks and combat boots let me know she was still in there. Claire, my plus one, was also dressed well, but deeply uncomfortable.

“It’s very nice to meet you, May, but I am not pretending incest on a first date” said Claire.

May was unused to people saying no, but it wasn’t the venue to properly argue. She split the difference.

“More of a third date thing” May countered.

Claire gave the comment the silence it deserved. May tried to put her hands in pockets that did not exist, finished my drink, then resigned herself to graciousness.

“Fine, you can just say that you knew Yngvar from his charity work. And thanks for taking one for the team, Claire. Isaac doesn’t get a lot of dates because of his bad personality and you are a solid seven in that dress. It’s nice to see something red and sexy.” said May.

Claire smoothed the skirt of her flowery red dress. She also had no pockets, but that wasn’t the main issue.

“Thank you, but if I’d known we were going to a funeral I would have worn something more muted.” said Claire.

May nodded in agreement.

“Yeah, that’s why I didn’t tell you. All of this samey samey black and grey bullshit is bumming me out. And this really is more of a remembrance than a funeral. Although they will be burning the body” said May.

‘Is that legal?  Claire asked. END_OF_DOCUMENT_TOKEN_TO_BE_REPLACED 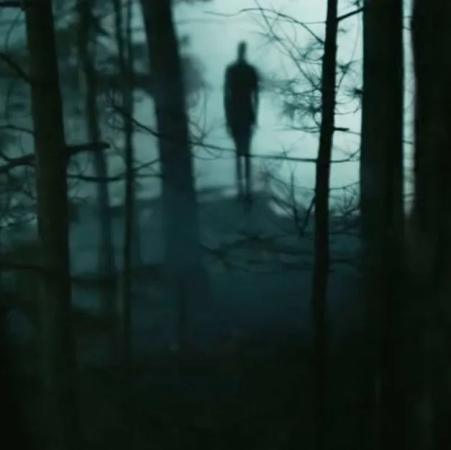 I spent a few weeks living among the stone forms of my frozen family. On some level I knew that they were dead, but when an impossible thing happens suddenly, you can’t be sure it won’t unhappen suddenly. I made a real effort to clean and guard my favorites, and each dawn I’d carefully study them to see if an expression or position had changed a little. I didn’t have a camera, and couldn’t draw, so I could never tell for sure. It could be a projection but they seemed gradually more at ease, the initial agitation of the moment fading, but they were still all looking up and away from something.

Had I been sure they wouldn’t wake up I might have explored more, but I thought they still might, and the price of curiosity lay stark on the lawn, so mostly I just swiped change from the jar in the main hall and hung out in the arcade in town. Eventually someone noticed an unattended minor wandering the city and alerted the authorities. When the police came I thought they were there to arrest me for dropping an aunt down the stairs and snapping her arms off. It was an accident, but I was prepared to do hard time. They never mentioned the statues, whole or otherwise, and I was taken into foster care.

I’d go months without thinking about that part of my life, and then a  class field trip would send me spiraling. May is certain this must have incepted some deeply held paraphilia, but I don’t think it’s informed any kink, I just avoid museums and classy atriums when I can.

Lyle flipped through his rolodex with one broad, rootlike, finger. He had enough technical savvy to handle things in a modern way, but he couldn’t bring himself to entrust his leads to a computer, and it mattered that each had a card just for them. He punched the number into his phone and softened his voice.

“Hello,Gavin? This is Lyle Boggart, I am a resource officer from Carolina’s school.”

“She’s mentioned me? Excellent. I am calling about her class performance. She’d been an excellent student before this last semester, but her grades have slipped precipitously. I understand that she’s been sleeping poorly of late, but without some extra effort, and perhaps a tutor, I don’t think it’s feasible for her to remain in our gifted program.”

Carolina’s father sounded guilty, but malleable. Those who wanted the best, but did the least, gave the most.

“Yes, Yes, of course…no one doubts your commitment to excellence. We all need a little help at times. If you could just Venmo us 200$ I’d be happy to arrange a few sessions that are sure to bump her grades up. It might even help with the nightmares.”

Isaac sounded his arrival with three hard thumps on the door. Lyle made an apology and put Carolina’s father on hold. His work was important, but his roommate held it in low regard.

“ I know you stole my hat, you prick!” shouted Isaac, through the door.

Lyle took a moment to compose himself.

“I didn’t take your greasy hat, asshole.  Why would I want that? You think I’m having fashion shows in here?” said Lyle.

Sarah: So I am thirty five and don’t have time to play games: are children on the menu for you?

Sarah: Funny. I’m asking if having children is something you are up for, in the hypothetical mid to long term.

Sarah: Just a hard no. Why not?

Isaac: If I had to choose between eating a child, and raising one, I’m not sure where I’d fall on the issue.

Sarah: I’d appreciate it if you’d take this seriously.

Sarah: Do you think you would be a bad father

Isaac: I have no idea. Probably. There was no real parental behavior to model growing up, I’ve never enjoyed the company of children, and I had a vasectomy when I was 22. I probably should have started with the third point.

Sarah:  Bullshit. What kind of doctor would give a 22 year old a vasectomy

Isaac: An orthopedic surgeon who is bad at Yahtzee.

Sarah:  You gambled for a vasectomy, with an actual doctor, using a dice game for children.

Isaac: I mean, it’s an all ages game. And it’s not all luck, the strategic elements are very underrated.

Sarah: What would he have won?

Isaac: I was going to fight his teenage son.

Sarah: You were going to fight a child?

Sarah: But you would have?

Sarah: I cannot believe that this horrible person exists.

Isaac:I didn’t say he was a good father, but he did a pretty good job on my vasectomy for someone who mostly does hip replacements.

Sarah: I was referring to both of you.

END_OF_DOCUMENT_TOKEN_TO_BE_REPLACED

Malcom Hanish didn’t enjoy fieldwork. He was a big picture guy that had long ago decided that the connections between things were far more important than the details. The specifics of one circumstance, however, required that he put aside higher pursuits and ground himself in the minutia of a practical investigation. He lit a cigarette, sacrificing some part of his health for the fire and theater of the act, and began his questioning.

“I would like to say, upfront, that this needn’t be adversarial. Quite some time ago you took a thing that wasn’t yours, a small red book about as thick as your thumb, and while we understand that it is no longer in your possession, we have some questions”.

Malcom Hanish could tell the young man was unsettled by this line of inquiry. He sought to reassure him.

“ Of course the young woman that you took it from is no longer with us, but no one blames you for that.  Accidents happen”.

Malcom Hanish paused to let this generous interpretation of events settle. The young man stared at his hands, as if his gaze could fill them with answers, or release them from the cuffs that bound them to the metal table. Neither could happen, at least for the young man, and his silence was beginning to wear at Malcom Hanish’s patience.

“Still, we have every reason to believe that you were made aware of the contents of the journal. and it would smooth things between us tremendously if you could recollect them to the best of your ability.”

Malcom Hanish counted to one hundred and then offered a small easement.

END_OF_DOCUMENT_TOKEN_TO_BE_REPLACED

I lived in a largish house that my foster parents left me. It was run down and stood close enough to the overhead rail-line that dishes rattled when a train passed. The neighborhood was sketchy, but so was I, so I felt a certain peace there. There were two bedrooms upstairs, the master where I live, and a guest bedroom that my roommate had claimed as an office. I had bolted the door shut and done what I could to secure things, but I suspect he roamed around when I wasn’t home. Still, he paid his share of the rent and I hadn’t seen him in years so the arrangement was somewhat workable.

May, who was not my roommate, was on the couch when I got home. She’d shown up hammered dunk a while back insisting that she’d been invited to a party at my house. I was the only one there, had never met her before, and had been sleeping when she knocked, but when I pointed all of this out she claimed the party was dead “because I was such a dick all the time” and that she’d get things banging. We spent the next four hours watching YouTube videos and drinking fortified wine with no shirts on. If she had dug men at all I would have married her and ruined both our lives. At some point she declared herself my protege, but I wasn’t doing a whole lot. I assume she had a job and a home, but for someone who read my email to make sure I wasn’t talking shit about her she was remarkably tight with the details of her personal life.