I used to run another site. We had a regular feature where readers would sends us letters and I would answer them publicly. These are some of my favorites.

I’m a big fan of dog racing but can never pick the right dog. Do you have having any tips for picking a sure winner?

If Bugs Bunny has taught me anything (and it has taught me many thing) it is this: that the race will unfold in the fashion which allows for the most amusing name interactions. I picture the call going as such.

Announcer: Drunken mother stumbles out of the gate…Grandfathers Hug is within an inch of Bad Touch and keeping close… Repressed Memory pushing hard for the lead.

Announcer: Baldspot giving way to Daddies New Camero… Ill-conceived making a pass on School Girls Folly on the rail… Eloquent Stranger driving  Drunken Mother hard into the wall…Peeping Neighbor comes out of nowhere to inject some drama into the race.

Announcer: Baldspot is receding…Daddies New Camero is running out of gas late…Schools Girls Folly is overtaken by Bad Touch in an aggressive move…Statutory forcing his way through the pack…Oh my lord, Grandfathers Hug has just exploded past Repressed Memory to take the win.

END_OF_DOCUMENT_TOKEN_TO_BE_REPLACED 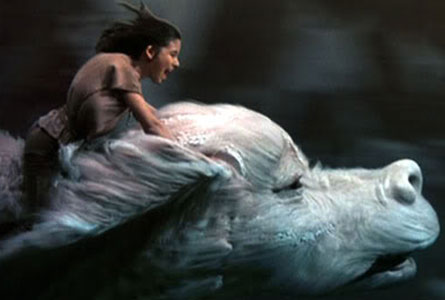 I have been dating “Chad” for two years and he is my best friend, confidant, and the person who most helped me grow into the adult that I needed to be. I love him, but I am no longer “in love” with him. I met a guy at work and I want to pursue it, but I still really want to remain friends. How do I go about explaining this without hurting his feelings or ruining our chance for a healthy platonic friendship.

Carol, you lost your chance at a healthy platonic relationship the third time you threw down. Sex makes babies and kills friendships. You can no more re-friend someone than you can un-fuck them. You can’t remain friends, because you are not friends. You are lovers.

Ending romantic intimacy, while demanding friendship, is akin to slashing someone’s tires and then insisting they drive you to the airport on their bare and sparking rims. Even if he wanted to you are not making it to the terminal, and there is a good chance his gas tank catches fire and explodes. So maybe just take a cab and let him call a tow truck to haul away the wreckage.

END_OF_DOCUMENT_TOKEN_TO_BE_REPLACED

Historically our assessment scales are used to quantify broader concepts, but Rob Fords complete inability to order the magnitude of his respective transgressions has created an imminent public need for my services. I should mention upfront Rob Ford is possibly not guilty of all of these, but it is important to establish a baseline.

END_OF_DOCUMENT_TOKEN_TO_BE_REPLACED

On the way back from Tim HortonsTM I was almost run down by a short bus. Paratranspo to be exact. While I proved nimble enough to avoid it, the near miss was harrowing on several levels. Aside from the universal aversion to being run over, there was a flash awareness of the ancillary negatives of being laid low by this particular vehicle; the intolerable irony of my body being mangled by the chariot of the lame. And how I could feel their crippled shameful joy, that I might soon be amongst them…like a crew of damned and handicapable pirates (1) eager to pressgang me into eternal servitude, shackled to an oar.

Worse still, were I to die, was the awareness that the colorfulness of my death would fuel decades of sick humor amongst my friends and ill wishers (2). I could hear their smug, winking, conversations at my funeral:

“Oh did you hear how it happened? He was run down by a short bus when he darted across the street for no reason. Tragic that he couldn’t dodge a transport driven by a retard(3); some athlete he was.”

Then they would laugh and try and disguise it as a mournful sob.

The whole thing brought to mind how important it is to die in the least dignity stripping way manageable. As a courtesy, between friends, I present you the Ignominious Death Scale. That you might arrange your own demise accordingly.

END_OF_DOCUMENT_TOKEN_TO_BE_REPLACED

Earlier this morning a co-worker confessed that he was ashamed of a mistake that he’d made on his last call. When I pressured as to the exact level of shamedness he proved unable to quantify it. I dearly wanted to savor his sweet disgrace, but the lack of precise measure put me off my feed. It’s thus that I come up with an exact scale of shameful occurrence…that one might accurately convey how low they have fallen.

END_OF_DOCUMENT_TOKEN_TO_BE_REPLACED

At some point clarity lost its legitimacy to subtlety, and ironic disaffection and apathy became the cultural currency of the hip. Never having been hip, or subtle, it is hard to say when which gave way to what (which actually is hard to say), but the end result was irony becoming the key social moderator. About the same time reading became not so popular, which is a bit of problem when your locus of cool is a fairly slippery esoteric concept. What are the retro clad and bearded masses to do?

In an effort to keep the smug barista and spoken word poetry industry from grinding to a halt Beats Entropy is going to drop a little knowledge.

Irony= when the result of an action is contrary to the desired or expected effect or contrary to some intrinsic quality (real or inferred).

It gets dark at night

Surrender is a word of French extraction.

Now I could get all fancy and suss out all the gradations of irony through a series of complex logical syllogisms, but we both know that sort of academic hokum proves nothing. The only legitimate method of exploring such a topic is a peer reviewed, toast backed, scale from 1-20. Let’s get down to business.