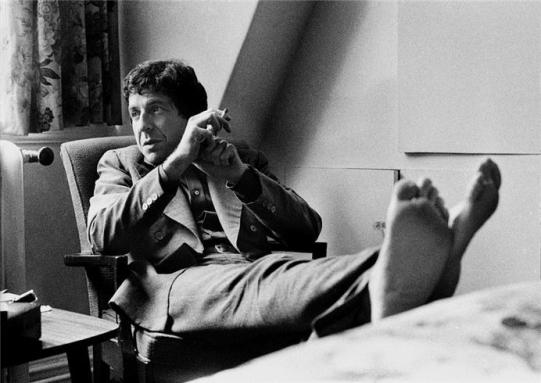 The first time I paid attention she was topless and dancing to a tape she’d brought from home. It was a beautiful song that described who we were and who’d we become, but I was entirely hers in the moment. One line made it through, though “Most of you was naked, ah, but some of you was light”. She left the tape and I listened to it until I wanted to be old and filled with a regret that ached and emptied me until there was nothing left but a few perfect sentences. I wanted to be tired and wise and have good things fall from my hands in beautiful patterns.

I managed the harm and regret but held onto good things in awful, ordinary ways. Twenty years later, I am wiser and tired and have managed a few passable sentences. I confused the damage for the art, but damn if both didn’t stay with me. Twenty years later and I can just now hear the confession, the admission of villainy mid-seduction, and the apology. They don’t write songs like this anymore. Goodbye, Leonard.

2 thoughts on “One Line made it through”